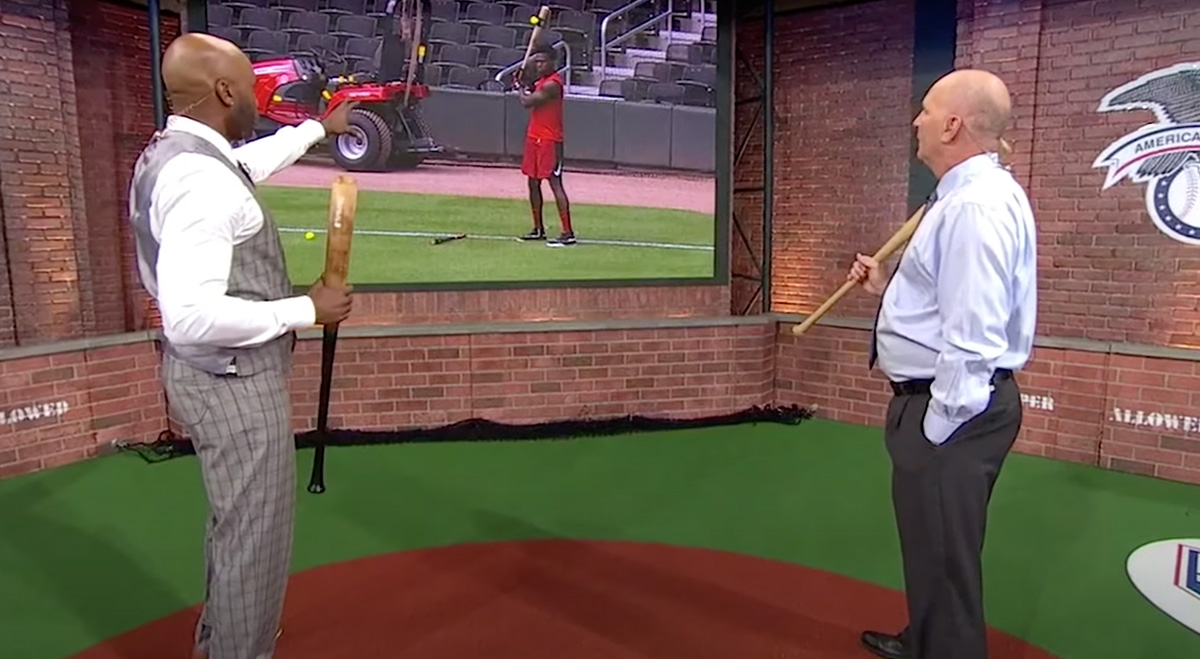 Cincinnati Reds outfielder, Aristides Aquino, is punishing baseballs and unless you’re a diehard fan, you probably haven’t heard the name until recently. Sports analysts have attributed his new stance and improved hitting mechanics to a number of factors, including his secret weapon / training tool—the LineDrivePro Trainer.

The Cincinnati Reds organization signed Aquino in 2011, and since then, he’s had his struggles, hitting for occasional power, but at a low contact rate.

Aquino was eventually invited to ML Spring Training, and that is where he met 1st-year assistant hitting coach Donnie Eckerd. They immediately went to work making changes to his stance and dedicating time to the swing path. At 6.7” Aquino is an intimidating figure in the batter’s box. His power has never been in question, but the rate at which those homeruns came throughout the minor leagues was of concern. With 28 homers in 78 games at the Triple-A level this year the Reds, who were looking to add more power to the lineup, eventually called up Aquino to Cincinnati.

Aquino’s new swing approach has paid dividends in the big leagues. Aquino has hit nine home runs in his first 14 big league games—an all-time MLB record. He recently hit homers in the second and third innings against Cubs pitcher Kyle Hendricks and again in the fourth against Dillon Maples. In another game against the Chicago Cubs, he crushed a homerun with an exit velocity of just over 118 miles per hour. This is the hardest hit baseball of any type for the Reds according to StatCast.

Donnie Ecker, Reds assistant hitting coach, said: “…it’s all about getting Aquino’s bat in the zone as long as possible and making the most efficient moves toward the ball that he can.”

Aquino used to be hunched more and his shoulders would move down toward the ball. By standing taller in his stance, he is more free and fluid in his swing through the zone, with his bat taking a slight upward angle, while still on plane with the pitch and in the hitting zone as long as possible.

The LineDrivePro Trainer is undoubtedly the best hitting tool for developing the barrel control necessary for hitting hard line drives and homeruns. Proper bat path through the strike zone allows for various points of contact, which helps the hitter impact the ball more consistently.

Using the hitting aid correctly forces the hitter to maintain the proper barrel position in the hitting zone to get the desired outcome of launching the ball back up the middle of the field. With continued use of the training tool in practice, muscle memory and proper “feel” of keeping the barrel in the hitting zone and on path are attained, and that translates to solid contact at the plate, and in this case, record-breaking home runs.

Ecker and Aquino work with the LineDrivePro baseball swing trainer ahead of games to remind him where his swing needs to be. His new stance at the plate may look unique, but the philosophy of optimal swing path and keeping the bat in the zone as long as possible is something we’ve heard over and over again regarding players tweaking their swings in the era of the launch angle, and clearly, it’s working for him too. The correct angle at which the bat enters the zone is crucial to consistent and solid contact and using the swing trainer on your own bat with our Hitting Target will help players at any level quickly see results.

This simple hitting aid is so effective at giving players results in the game, MLB Tonight recently broke down how pros like Aristides Aquino are using LineDrivePro Trainer to improve their swing path and mechanics. The LineDrivePro Trainer is the best hitting aid for developing a hitter’s feel for the proper swing path like Aristides Aquino, and the analysts on MLB Tonight, couldn’t agree more.

Helping young players understand barrel length through the hitting zone at an early age is crucial in their development. With continued use, hitters will impact the ball harder and more consistently. 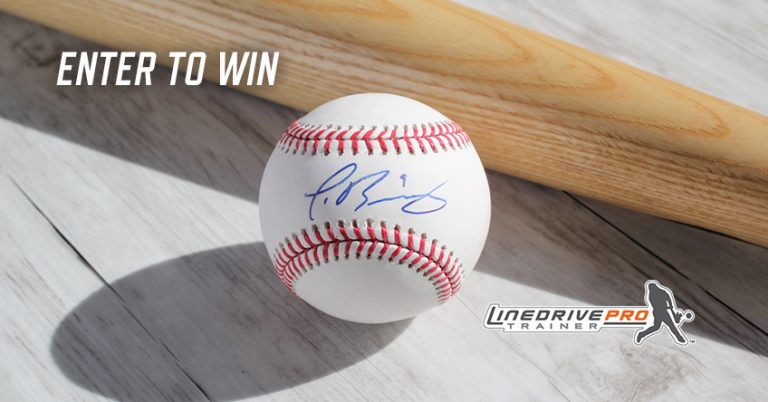 Every year, around this time, we all stop to give thanks for the many wonderful things we have been blessed with… loved ones, our health, and BASEBALL! This Thanksgiving season, the team at LineDrivePro is especially thankful for athletes and coaches, making the sport and path to improvement fun, just like you! To show our… 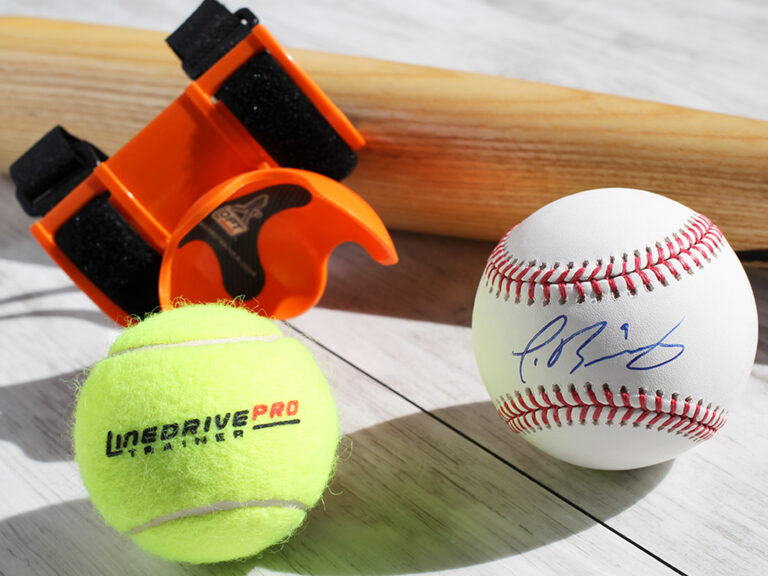 Recently I went to the little league park just to sit, relax, and watch a baseball game. As I walked through the clover of baseball fields I heard a coach exclaim, “Johnny get your elbow up. Get it UP!” Then my attention was drawn to the baseball field on my left where I heard another…

IMPROVE BASEBALL SWING MECHANICS WITH THIS STEP-BY-STEP BASEBALL HITTING GUIDE FOR CONSISTENT CONTACT AND POWER THROUGHOUT THE SWING 1.) BASEBALL HITTING STANCE + LOAD/GATHER Solid baseball swing mechanics start with a strong and balanced stance. The goal is to find a comfortable baseball stance that works for you. One that allows you to get to… 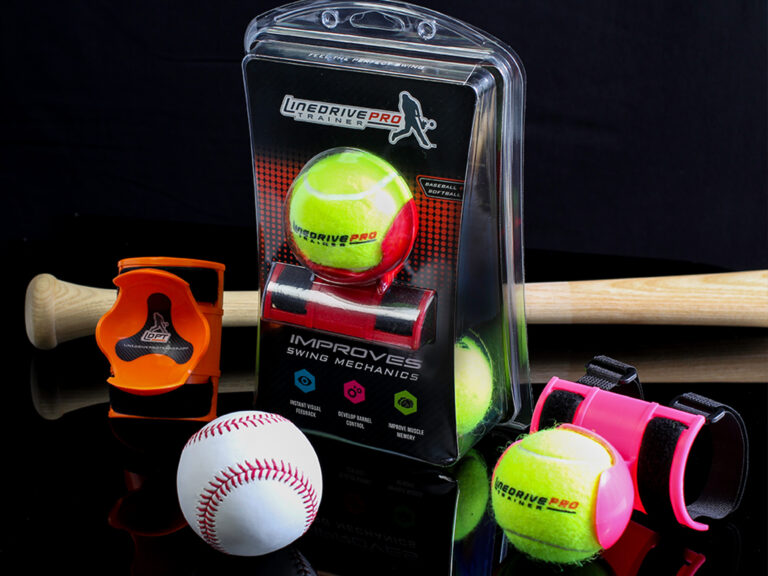 Ex-MLB catcher, J.R. House, reviews the LineDrivePro Trainer after using the baseball swing trainer for the first time. House was drafted in the 5th round and played for the Pittsburgh Pirates (2003-2004), Houston Astros (2006) Baltimore Orioles (2007), and Houston Astros (2008) during his career. Find out why he loved the product in this video… 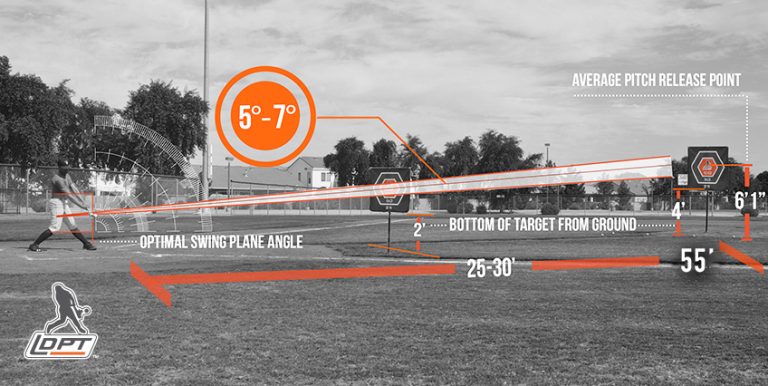 Proper swing plane or bat path through the hitting zone allows for various points of contact, which helps the hitter impact the ball more consistently. Developing the barrel control to stay long through the zone gives the hitter some room for error in making contact with a pitch. By getting on plane with the pitch,… 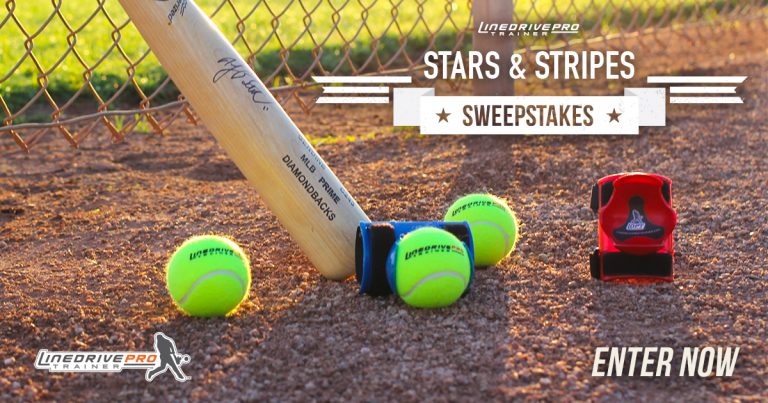 Enter now for a chance to win a bat signed by MLB All-Star AJ Pollock and two (2) LineDrivePro Hitting Trainers. Visit the sweepstakes page now through July 7th to enter the LDPT Stars & Stripes Sweepstakes! Use hashtag ‪#‎LDPTstars‬ on your favorite social platforms for a chance to be featured or win FREE LDPT products.

FLASH SALE: USE CODE PRO30 AT CHECKOUT TO SAVE 30% ON YOUR PURCHASE!